Achieving acceptance of change: how we brought researchers on board with a public engagement mechanism

Achieving acceptance of change is a common obstacle when introducing novelties in any area or sphere of human activity, and science is no exception. This blog post presents how we achieved acceptance of planned changes among the researchers involved in the GRACE project.

Integrating a public engagement mechanism into a language counselling service

In particular, we will discuss the work done within the grounding action GA1: Stakeholder consultation on the engagement of citizens in the ZRC SAZU Language Counselling Service, which was carried out at the Research Centre of the Slovenian Academy of Sciences and Arts (ZRC SAZU). This grounding action was the starting point leading towards an upgrade of the existing language counselling platform. The activities started in the autumn of 2019 and will be completed by October 2021.

The central language counselling platform for the Slovenian language Jezikovna svetovalnica is a good example of how the public can be involved in the scientific process. The platform relies on contributions from the public in the form of language questions and dilemmas, which are answered by linguists and published on the platform. It is a reputable consultative body for various language‑related professions and for lay users of language. It is widely used for addressing ambiguities in standard language and seeking advice on linguistic choices; researchers use it to identify language description gaps and to improve language manuals.

At the time of the upgrade planning, the public was not yet involved in the mid- and downstream stages of the research process, so we focused on these areas. As the platform reaches a wide audience and has over 1,800 registered users, the platform’s Editorial Board members agreed to include the public in the mid- and downstream research stage, namely through the addition to the platform of (1) an editable section on the platform homepage, where news and announcements will be posted by the platform’s Moderator and which could in the future include links to midstream research, and (2) a structured feedback gathering mechanism. The upgrade aims to fully involve the public in the research process.

Getting the researchers on board: a two-step process

The challenge was then to get the language counsellors on board, since they were unwilling to allow further public participation and uncertain about the positive impact of the new activities on the research process, especially when the gathering of feedback was concerned. The language counsellors are linguists who provide language counselling as an addition to their professional assignments and scientific research, which means they have limited time to devote to language counselling. They tend to be sceptical about public participation in the research process. To some of them, language counselling is not a very rewarding activity as it pertains more to the domain of application than to research, even though some issues do demand in-depth research to be addressed. Finally, some counsellors expect language users to ask questions but not to express their opinions on linguistic matters, as they feel the final word belongs to the authority of the linguist. Language users, however, are very interested in their language and frequently express their strong need to share their views and opinions on language.

Two actions were taken to address researchers’ concerns and scepticism.

Firstly, language counsellors were presented with the findings of a good practices study on the opportunities that public engagement and citizen science methodologies enable in the field of linguistics. Since language is of particular interest to the public, language-oriented citizen science activities are likely to be successful in providing large and useful datasets. Most resources (Svendsen: The dynamics of citizen sociolinguistics; Stoll: Citizen Science in Linguistics: Past, Present and Future; SNF-AGORA; IamDiÖ; Zooniverse) describe citizen science activities in the up- and midstream of the research process.

Secondly, a webinar was organised to familiarise language counsellors with a similar and successful Dutch language portal, Meldpunt Taal, presented by Marc van Oostendorp, who provided an overview of the portal and its functionalities.

With these two actions, the scepticism of language counsellors towards involving the public in the research process was significantly reduced. Some of them report that they now believe feedback gathering to be useful for improving the quality of answers to language questions in the spirit of democratization.

Through the integration of PE mechanisms on the platform, answering strategies will be adapted to the needs of the public. The platform and the organisation itself will become more responsive to society, namely by aligning the research process and its outcomes with society’s values, needs and expectations as expressed through the public engagement mechanisms integrated into the platform. 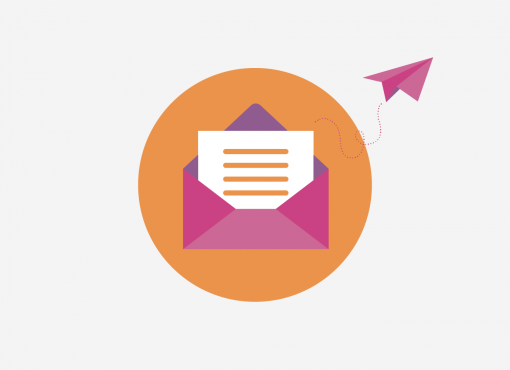 GRACE presents the first issue of its Newsletter

We are excited to announce the launch of our email […]

18 May 2021 Research funding organisations are key players to […]